Why do so many people like mountains? Firstly, there are unique sceneries on mountains, such as the sea cloud and deep valleys. Sunrises and sunsets and bird views of vast land on mountains are also very attractive. Secondly, mountains are very good destinations to escape from the hot summer days. Thirdly, most mountains are sacred places for certain religions. The believers of these religions climb these mountains as pilgrims.

The Top China Mountains named as below are all magnificent and important in the history of China. Not all of them are very high, and many of them are named by UNESCO as world heritage sites, such as the Mount Tai, Mount Emei, Yellow Mountain

Confucianism, created by the Confucius, had been the Core Idea for the feudal society of China for over 2000 years. So, many ancient emperors ascent to the top of Mount Tai, the greatest saint’s favorite mountain, to pray for the long live of their power and commemorate Confucius. 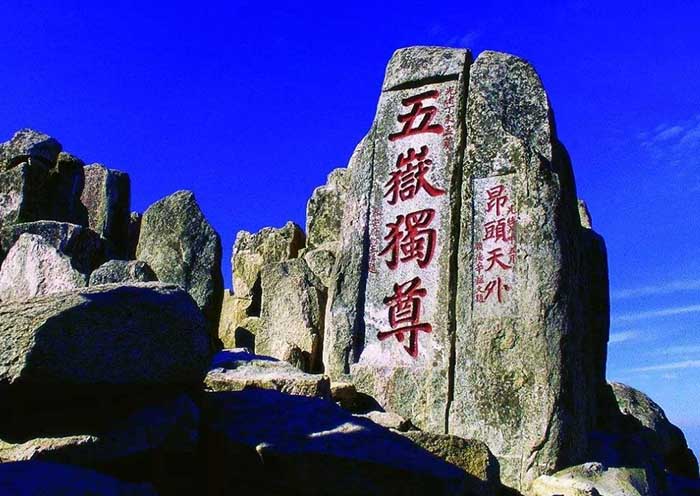 The Mount Tai is great because it was liked by an ancient saint, and the Yellow Mountain is popular because it is liked by an ancient traveler, Xu Xiake (1587-1641), who was the most well-known traveler in China’s history. He spent over 30 years visiting the mountains and rivers in 14 provinces of China. It was mission impossible around 400 years ago. He wrote in his travelogue that “There is no need to visit other mountains, if you have visited the Yellow Mountain.”

After admiring various plants and animals and other mountain views on the Yellow Mountain, it is recommended to continue your trip to the Hongcun Village, where features its unique houses with white wall and black roof. 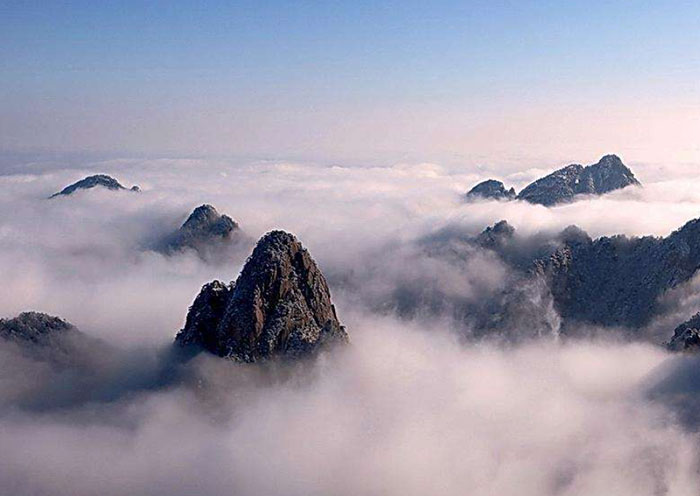 Cloud sea on the Yellow Mountain

As the first two mountains are all less than 2000 meters high, Mount Emei is the first giant mountain in this article. With an altitude of 3099 meters, Mount Emei is a paradise for high-mountain plants and animals. Monkeys are the dominators on the mountain. Whenever they see tourists who have foods, they will ask for some road tolls. The mountain is also a sacred place for Buddhism. There is a temple with golden roof and exterior wall on the top of the mountain. During clear days, the sunshine will make the temple shining. If you can see this scenery, you have got blessed by the Buddhas. 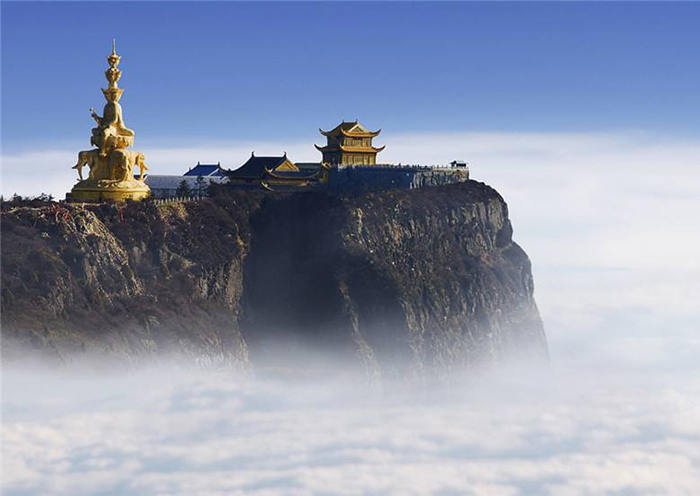 The temple with golden roof on the Emei Mountain

Mount Everest – The Highest Mountain in the World

Thousands of tourists go to Tibet to visit the world’s highest mountain every year, however, most tourists can only see the mountain from the Everest Base Camp, whose altitude is around 5000 meters, only the professional mountaineers can ascend to the top of the 8848-meter high mountain.

Usually, tourists will stay in the camp for a night to see next day’s sunrise. At clear days’ night, admiring the starry sky in the camp is even more interesting than see the sunrise. 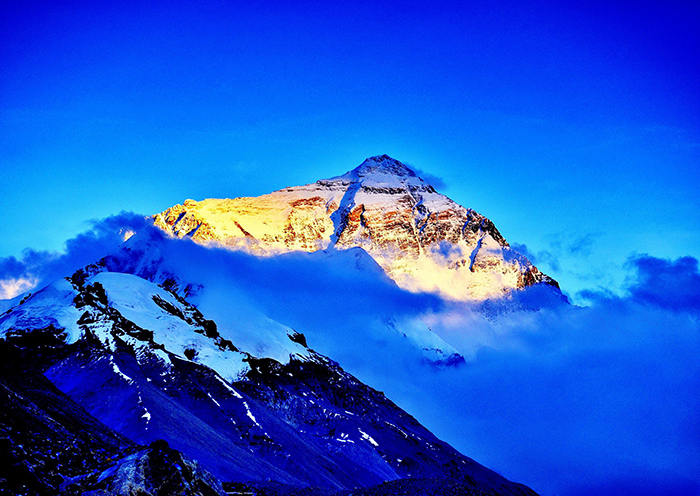 Mount Kailash – The Most Sacred Mountain in Tibet

The Mount Kailash is not the highest mountain in Tibet, but it is the most sacred. Tibetan people believe there are gods living on the mountain, so they are not allowed to climb the mountain in order not to disturb their gods. At first, it was only a rule for the believers of Tibetan Buddhism, now, it is a law made by the government.

What local believers of Tibetan Buddhism can do is trekking around the mountain. They believe they can wash their sins by doing this. More and more tourists also join in the tough trek because the sceneries along the trekking routes are excellent. 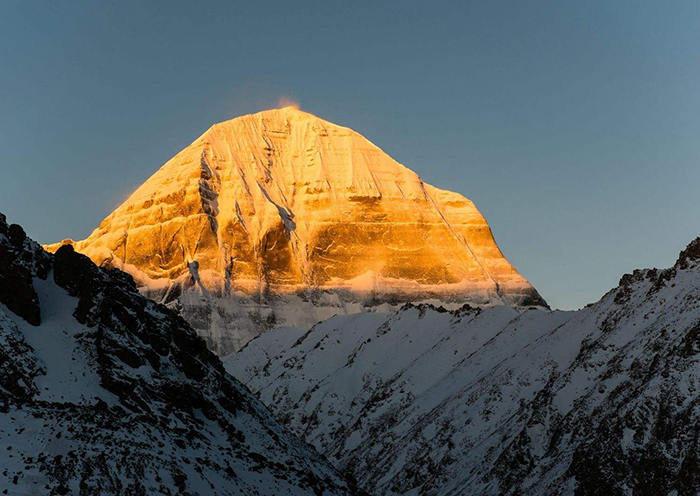 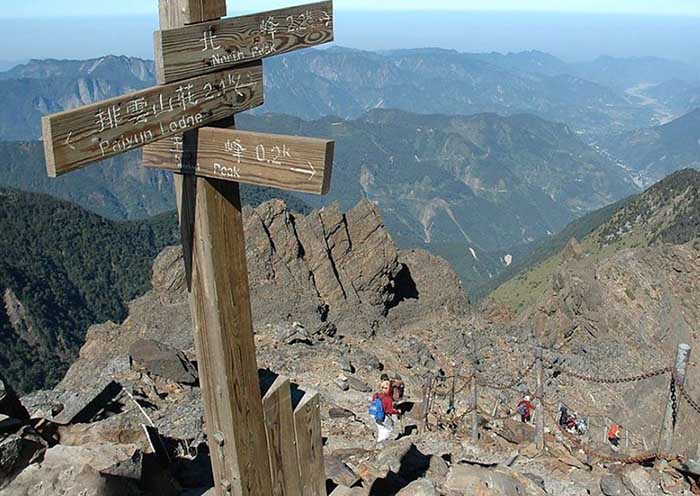 Path to the top of the Jade Mountain 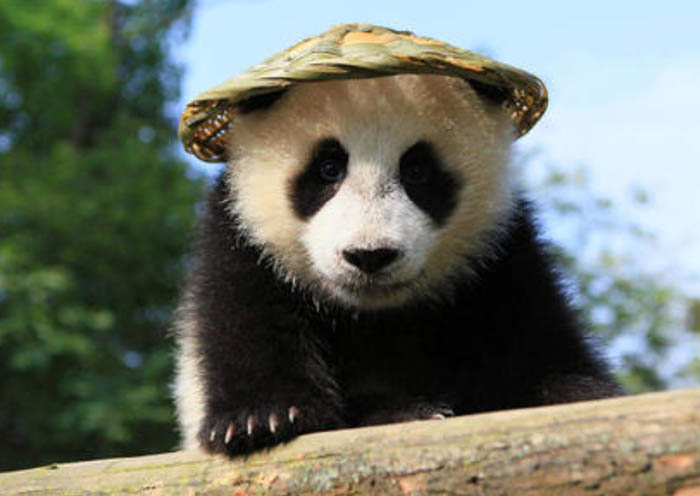