As a country with a history of over 5000 years, there are countless priceless ancient construction work in China. The recommended ancient building works listed as below might shock you more than anyone else.

Forbidden City – The Largest Palace in the World

Built in 1420, the Forbidden City is the largest palace museum in China. Zhu Di, the third emperor of Ming Dynasty (1368 - 1644), planned to move his capital from Nanjing to Beijing. So, he built the City. However, he died during the fifth war he promoted against the Mongolian in 1424. He actually only stayed in this luxury palace complex for three years.

The Taihe Hall, built on a 5-meter high white marble pedestal, is the largest building in the Forbidden City. All the grandest ceremonies were held in this hall, such as the enthronements, emperors’ weddings, and the Beatifications of Empresses.

Over 900,000 ancient treasures are collected in the halls and palaces in the City. The snow view of the Forbidden City

Potala Palace – A Pearl on the Qinghai-Tibet Plateau

A local Tibetan King built this palace in order to marry a Chinese princess around 1300 years ago. For over 1000 years, many Chinese emperors donated a lot of money to help Tibetan people rebuilt or repair this world’s highest palace, which is also renowned for its monasteries of Tibetan Buddhism and castles. So, the palace is a witness of the friendship between Han Chinese people (the largest ethnic group in China) and Tibetan people. 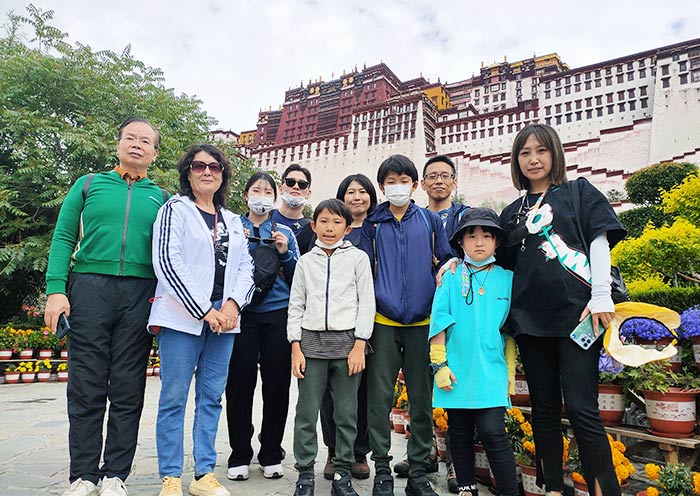 The Summer Palace was the residence of an infamous Queen Mother of the last feudal dynasty, who used the navy’s expenditure in order to build this palace in 1886. The palace was partly destroyed in a war only five years after it was built. Fortunately, the destruction was repaired a year later.

The Kunming Lake, which covers 75% of the area of the Summer Palace, is the major attraction in the royal resort. Based on this lake, the resort was decorated like an ancient garden. Besides, the 728-meter long corridor, where you can see the paintings of ancient Chinese fairy stories, is worth a visit. 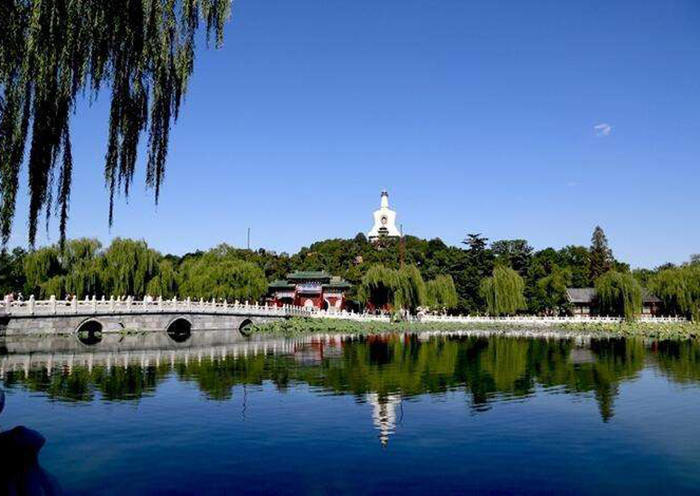 The first thing Qin Shihuang, the first emperor of Chinese feudal dynasty, did after he took the throne in 246 BC, was to build his mausoleum. He took 38 years and forced 720,000 people to build it. This means nearly 25% of the population of Qin Shihuang’s country were forced to build the mausoleum, which was finished two years after Qin Shihuang’s Death.

The first royal mausoleum is also the best-preserved ancient mausoleum in China. Countless priceless treasures were used as funeral objects, including the magnificent Terracotta Army, one of the most popular tourist attractions in China. 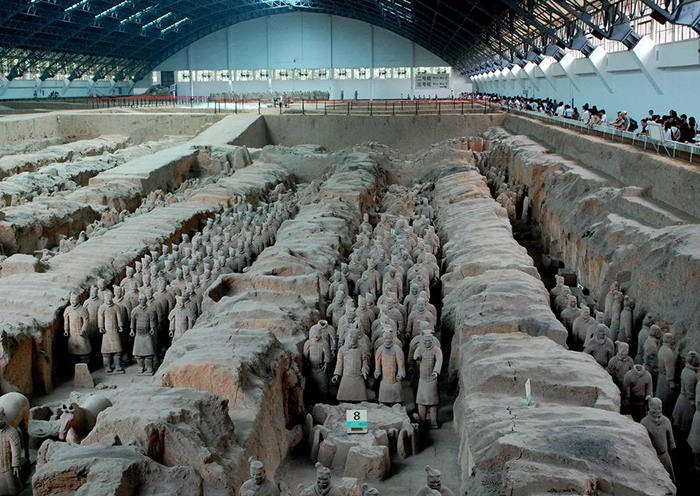 Built around 1400 years ago, the Zhaozhou Bridge is the proud of Hebei Province. The world’s oldest stone arch bridge is still in use today. There is a big arch and four small arches (two on the left side of the bridge and the other two on the right side) on the bridge. These five arches allow the flood flow smoothy through the bridge during rainy seasons.If you are interested in architecture, the bridge is a must-visit attraction. 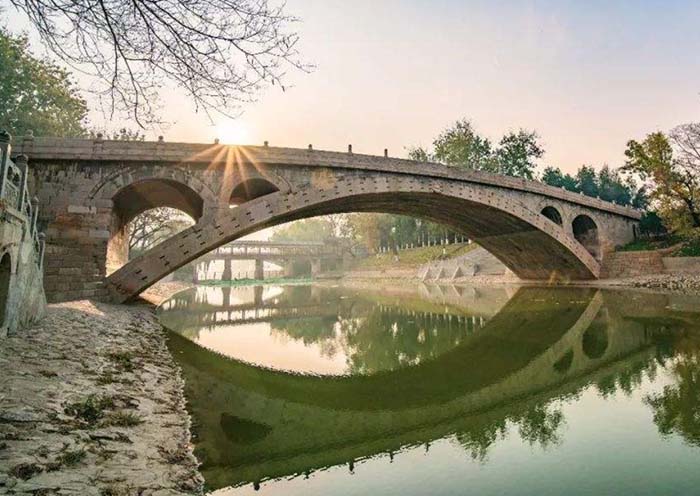 Initially built in 223 AD, the Yellow Crane Tower was a watch tower. Sentries could have a bird view of Yangtze River on the top of the tower. After the war, China was united, and the tower became a popular sightseeing site gradually.

From the outside, it looks like there are only five floors in the tower, but actually there nine, because Chinese people believe “nine” is a lucky number. Tourists can admire the ancient artworks and the view of Wuhan City and Yangtze River on the tower. Great Wall of China – The Longest Construction Project in China

The most-visited Great Wall sections include the Badaling, Jiankou, and Mutianyu sections in the suburb of Beijing City, Jinshanling, Huanghuacheng and Simatai sections in Hebei Province, and the Jiayuguan section in Gansu Province. Tourists can admire the spectacular mountain view and the ancient bricks and watching towers on these Great Wall sections. 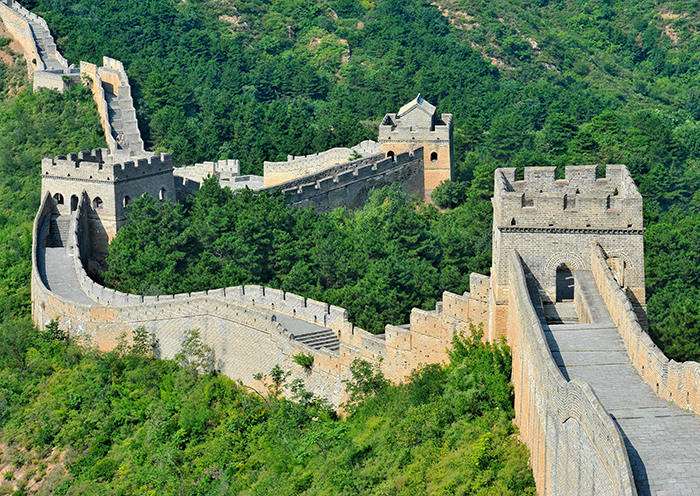 So, we can only see the ruins of the palace nowadays. If it still exited, it might be even more valuable than the Terracotta Army. 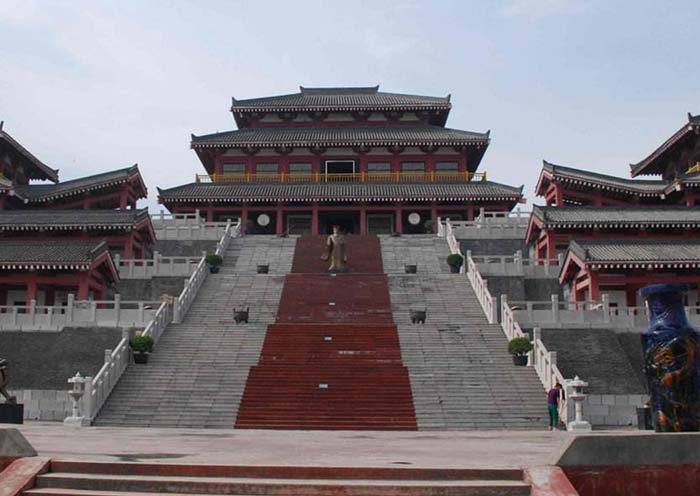