There are thousands of tourist attractions in China, the world’s 4th largest country. It is not easy to select 10 most recommended ones from them.

We tried our best to name the top 10 tourist attractions based their popularity and tourist value. Hope our efforts are helpful for you to plan a wonderful China trip. Please feel free to let us know you have different ideas.

The good preservation of the Forbidden City is arguably the most fortunate thing to tourists to China. As the royal palaces the last two feudal dynasties in China’s history, there were countless stories took place in the massive royal relics. Almost every local Beijing people can share a story about the Forbidden City with you.

Located on the center of the ancient Beijing city, the Forbidden City covers an area of 720,000 square meters. It is surrounded by a 52-meter wide and 6-meter deep moat. The 8600 palaces, halls, temples, towers, and courtyards are the best places learn about the royal history of China.

The aerial view of the Forbidden City

The terracotta soldiers and horses were actually the funeral objects of Qin Shihuang, the first feudal emperor in the history of China. So far, there are around 7000 pieces of terracotta soldiers, 100 chariots, 400 terracotta horses, and 100,000 weapons unearthed in the three exhibition vaults in the Terracotta Army Museum.

The underground army was discovered by a local people when he dug a well around his house. Before long, the government sent dozens of specialists to research that area. It has been confirmed that there are still hundreds of pieces of ancient relics sleeping in that area. However, those relics might be destroyed if the excavation continues. When the specialists manage to develop more advanced technology, they may resume the excavation.

This means even if you have visited the museum before, there might be new exhibits in future.

The Yellow Mountain is regarded as the most magnificent mountain China. The pine trees, rocks, sea of cloud, hot springs, sunrise, and snow are the most attractive factors on the mountain. Whenever you visit the mountain, you would be shocked by the unique beauty on the mountain.

In winter, there are less tourists on the mountain, however, the most beautiful sunrise can be seen in winter. Besides, you can admire the snow view while soaking in hot spring.

Sunrise on the Yellow Mountain

Located in Sichuan province, the Jiuzhaigou Valley is renowned for its colorful lakes and snow mountain views. The colors of the lakes change as the sunshine changes its angles. In morning it is blue, while it may become red during sunset. This color change may make you lose your way. Don’t panic! There are clear guide boards in the scenic spot.

Although most tourists do not climb the snow-capped mountains standing around Jiuzhaigou, you can have a far view of these giants. Do not forget to make wish when you see the sun is shining on the top of those giant mountains.

The Tibetan people's houses and costumes are also the highlights in the scenic spot. When you see them dancing, you may think they are as beautiful as the colorful lakes. 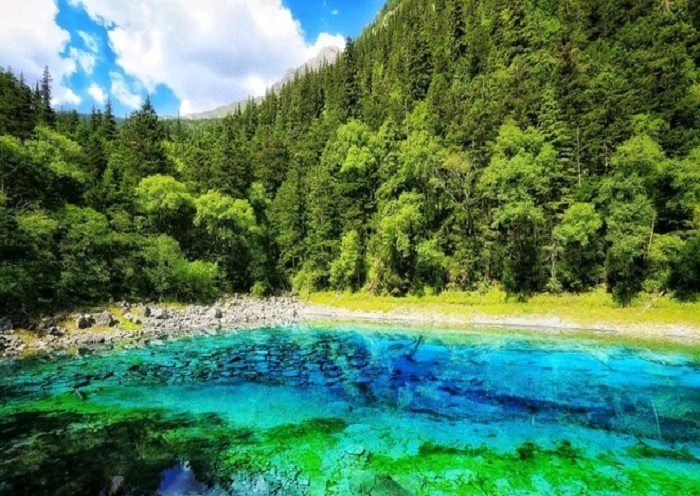 Nowadays, the West Lake Scenic Spot in Hangzhou covers an area of 60 square kilometers. Over 70 natural and historical sites are distributed in the scenic spot, including the Broken Bridge, Leifeng Tower, and Su Causeway.

It is said the first royal garden in Suzhou was built by the King of Wu State in the 6th century BC, and the first private garden was seen in the 4th century AD. Thanks to the development of the economy, more and more ancient private gardens were constructed.

Suzhou had become one of the most prosperous cities in China during the 16th and 18th centuries AD. Countless gardens were constructed during the three centuries. The best-preserved ones, including Humble Administrator Garden, Lingering Garden, Lion Grove Garden, Master of the Nets Garden and so on, were named as world heritage by UNESCO between 1997 and 2000. 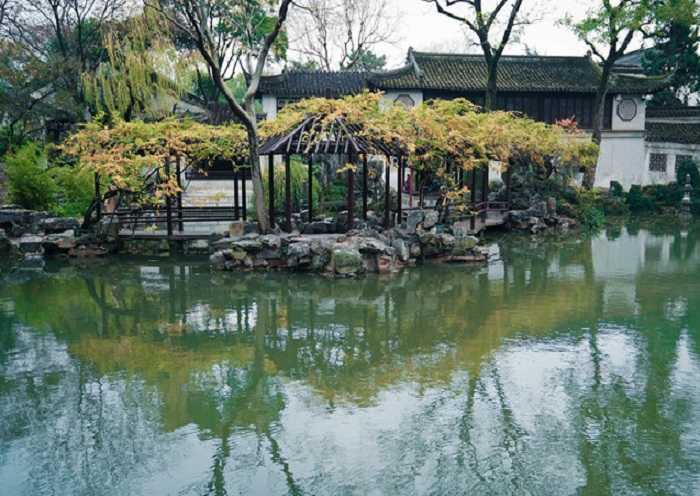 The Three Gorges on the Yangtze River

After a three-day cruise, tourists will visit the Dam of the Three Gorges, the largest water conservancy project in the world. You can either visit the dam or admire the dam during a ship lift process.

Millions of years ago, the area of Guilin and Yangshuo were the bottom of sea. After countless crust movements and wind erosions, the area rose above sea and the unique karst landscapes formed.

In the city of Guilin, the Qixing Cave and Reed Flute Cave are the symbolic karst caves where you can see interesting stalactites and stalagmites.

After sightseeing in the city, tourists usually take a cruise on the Li River to the Yangshuo County, where features its exquisite hills and rivers. Hiking and cycling in the countryside of Yangshuo are must-do activities. At night, it is recommended to take a stroll on the West Street and taste the delicious Beer Fish.

There are around 20 ancient Great Wall sections near the city of Beijing, among which, the Mutianyu is the most recommended. Firstly, the Mutianyu Great Wall is relatively a better-preserved section. No matter you are traveling with your little kids or senior parents, it is absolute safe. Secondly, the tourist facilities are good. You can hike or take a cable car ride to reach the Great Wall. A slideway allows you to swiftly get down after the sightseeing. Furthermore, there are relatively fewer domestic tourists on the Mutianyu Great Wall.

As the first national forest park in China, Zhangjiajie has been a popular destination for domestic tourists since 1990s. After it was used as the scene in the movie Avatar, more and more international tourists flock to the fairyland-like park every year. A mountain was named “Hallelujah”, the name of the mountain in the movie, to attract more tourists. In 2016, the world’s highest and longest glass-bottomed bridge opened to tourists in the park.

Top Reasons Why Travel to China