Autumn (late August to November) is the best time to visit most parts in China. The climate is mild, and most plants turn yellow, red, golden, or other warm colors in autumn. The grasslands, maple and ginko trees forests, and peaceful lakes are the most-visited destinations in autumn.

Only the best forests, grasslands, and lakes are included in our recommended destinations in autumn. Hope you get useful information from this article while planning your China tour in autumn.

Most tourists like to visit Wuyuan in late spring to admire the cole flowers on the endless terraced fields. Unfortunately, they may see more people than flowers, because Wuyuan’s cole flowers is so renowned that tourists from all over China go to see them. So, perhaps spring is not a good time to visit Wuyuan.

In autumn, the leaves in Wuyuan is getting redder and redder. As the wind blow through the trees, the leaves fall onto the roof of the local houses. This is the most beautiful autumn sceneries in Wuyuan. 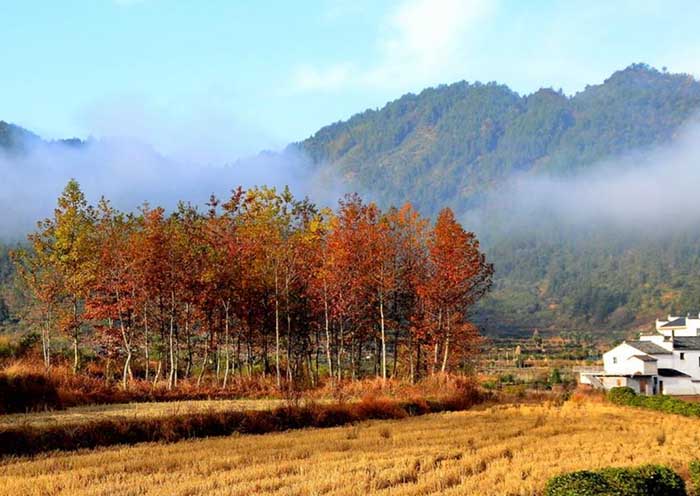 Compared to other tourist destinations, the Guanpuyang Village is the most unknown. Even most Chinese people do not know this 600-year old village.

A forest of bamboos is planted on the left side of the little clean stream in the village, while a forest of maple trees stands on the right side. If you visit the village in autumn, it is recommended to take a stroll in both the ever-green bamboo forest and the yellow maple forest. If you are tired, you can take a rest in the ancient houses, temples, or post office with a history of over 300 years. Different from most parts in China, the fall of Qinghai Lake starts from late July. So, there is an intriguing saying “The summer in Qinghai Lake area is as short as people’s youthfulness.” However, Qinghai Lake’s beauty in fall will not make miss the short summer.

The scenery of Qinghai Lake becomes more beautiful after every time it rains in fall, because the rainfall makes the plants more colorful and the sky bluer. The lake is in the northwest area with only a few rainy days, so you do not need to worry the rain affect your trip. What you need to do is admiring the colorful plants and various animals.

The early autumn is the best time to visit Daocheng Yading. The endless marshy grasslands are turning yellow, and the waterweeds in the plateau lakes are turning golden from green. The colorful nature and unique Tibetan houses make Daocheng Yading the arcadia in lots of people’s minds.

In lake October, many photographers go to the Red Grassland in Daocheng Yading to shoot their dream photos. Even if you know nothing about photography, you can take incredible photos there. 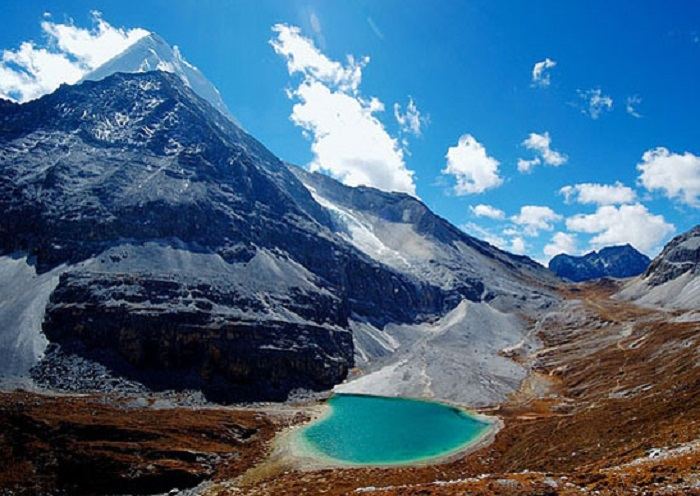 Grasslands are perhaps the most beautiful places in autumn. In China, the largest grasslands are situated in the region of Inner Mongolia the third largest province of China, whose grasslands totally covers an area of 866,670 square kilometers.

Hunlunbuir is a top grassland in Inner Mongolia. In autumn, the harvest season, the forage grass turns yellow. The whole grassland became a golden paradise. The brown horses, white sheep, and black cattle are the only different colors on the grassland, which looks like a huge piece of oil painting. The giant deep red rocks are the most attractive factors in Zhangye Danxia Landform Park. In spring and summer, a lot of parts in the park are colorful due to the plants on those rocks. But in autumn, the plants are weathering, and the deep red is becoming the only color in the Park. When sun is shining the rocks, the whole park becomes so dazzling that you may get disorientated. The golden ginko Trees are a symbol of autumn. Many Chinese people like to use golden ginko tress as the scene to take photos and share those photos with their friends. They call this Autumn Ceremony.

There are around 3000 100-year old ginko trees in Jiangdong Village. This unrivaled golden world is one of the most popular autumn destinations in China. After admiring the ginko trees, you can have a dinner in the local wood houses. 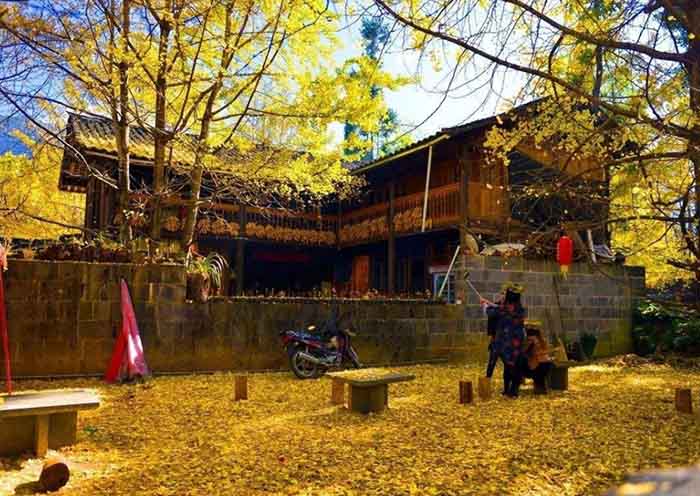 Xianghan Park is a popular weekend destination for people in Beijing. Especially in autumn, when the leaves turn red, people like to climb the Xiangshan Hill to admire the autumn scenery. We recommended this park to you because it is easier to get there than most other destinations. If you are in Beijing, you can take a subway train to the Beigongmen Station, and then go out of the station from A1 exit. There is a bus stop near the A1 exit, where you can take bus 696,331, or 563 to the Xiangshan Park. It takes around one hour for the bus ride from Beigongmen Station’s A1 exit to the Xiangshan Park. 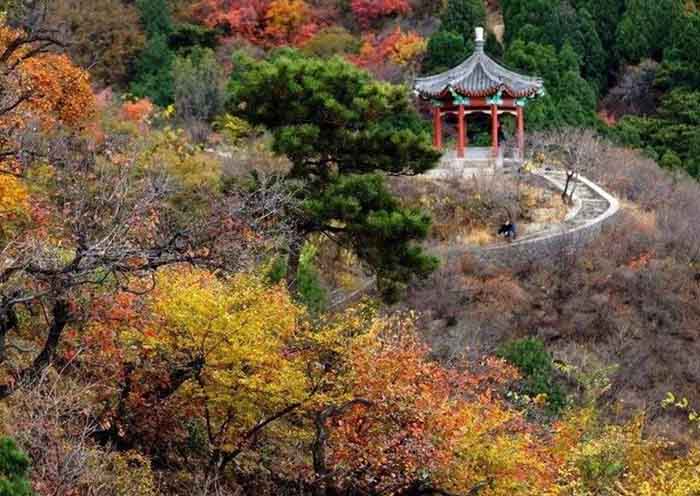 How to travel around China during the pandemic period